Harley-Davidson motorcycles will always have started as an American legend but the passion for H-D has spread all over the world! It’s always wonderful when travelers make a stop at the House because we all get a taste of how large the HOG family really is.

This week we had the pleasure of meeting Angelo Gaboardi, a world traveler and his trusty steed, a silver 1990 Fat Boy. Angelo belongs to the Emilia Road Chapter in Italy. His journey started a year and a half ago in March of 2011. He has ridden about 300,000 kilometers all around the world on the same motorcycle. 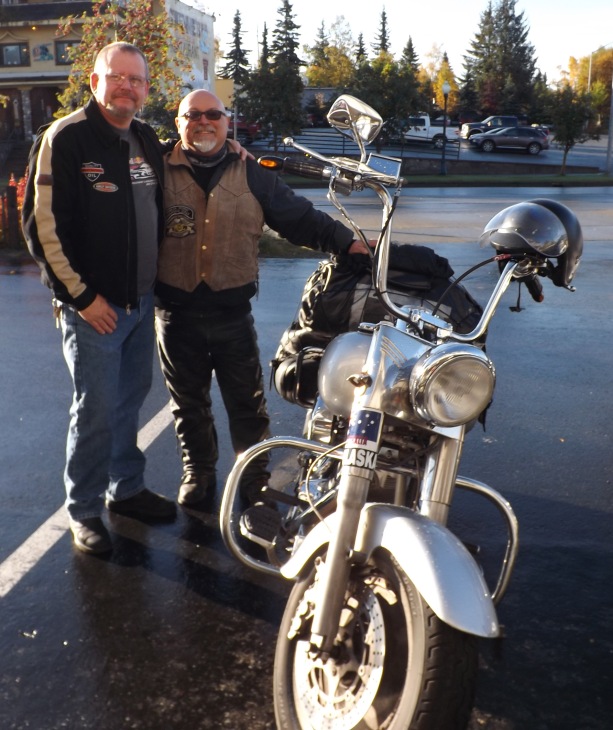 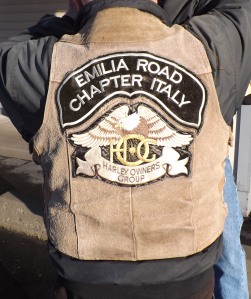 Angelo is a member of the Emilia Road Chapter in Italy. This is his vest – what any motorist behind him will see.

His set up is simple: a brown leather vest over basic riding gear and a mound of black luggage strapped to the back of his bike. The bike has very few fancy accessories but it is decorated with many stickers from the countries he’s ridden in and a rusty bottle opened bolted to the front forks. Marco, himself is enthusiastic and well mannered. He showed us the agenda for this leg of his journey which is written in sharpie on a strip of clear tape attached to his gas tank. He says when he’s ready to move on to the next town he’ll enter the name on the tape into his gps. He mentioned that we could send this story and photos to his HOG chapter but that he doesn’t know their emails because he doesn’t really use the internet too much. He held up his phone and said “I bought this in Mozambique so that I could take nicer pictures”. 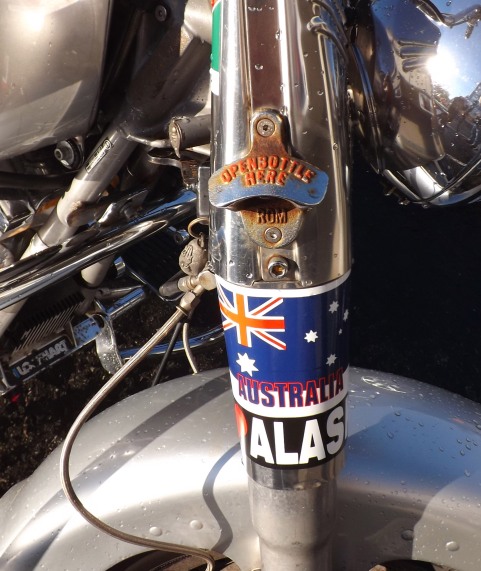 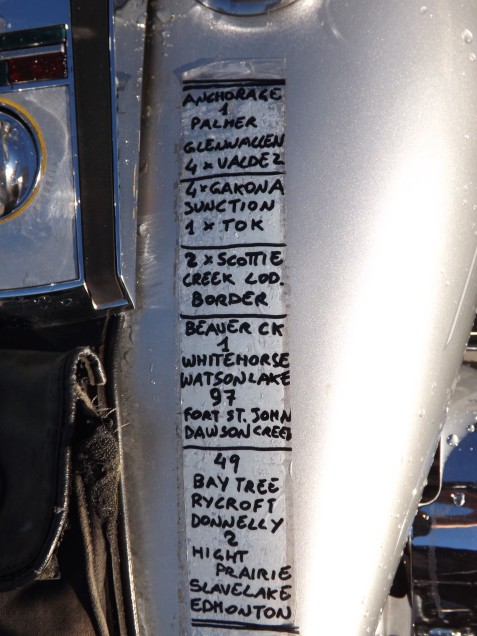 The Itinerary for Angelo’s immediate journey 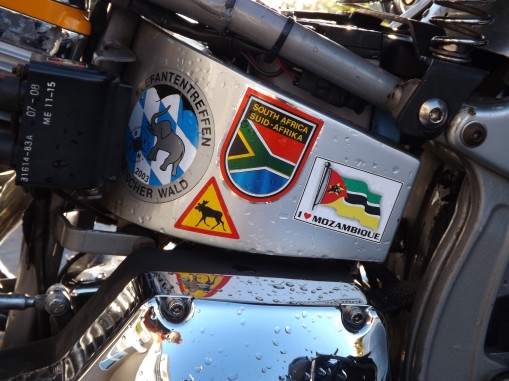 I asked him where he thought he was most well recieved as a Harley rider. I was digging for a story of rural people in awe of a Harley-Davidson motorcycle – something only a less traveled american like myself would picture. He said that it made no difference where he was, people we kind and supportive. I tried to explain my question again (his English sounded better than he insisted it was) and he said ” No no, you understand, really, everywhere I have had problems. I have had 4 times with problems, always the same. People have helped me. In south Africa I was 500 or 600 kilometers from a mechanic for service and the first person who sees me took me there. It doesn’t matter skin color, country, everybody helps.” I said that it must be true that  Harley-Davidson motorcycles communicate a global understanding. 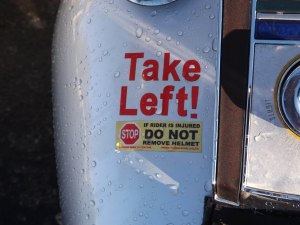 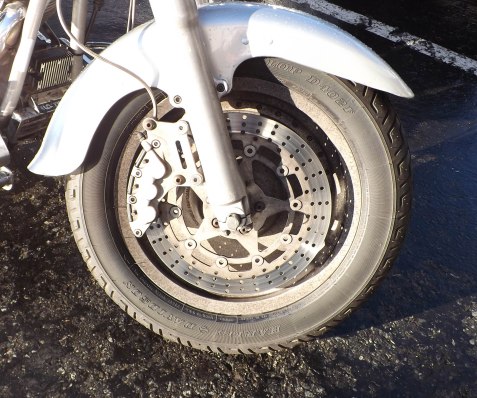 Angelo’s Alaskan experience was a rainy one. Our September storms have not been kind to bikers. This morning when I spoke to him was the first sunny day all week. The wet dawn smelled good, and felt good. The whole indecent was a happy one. He mentioned that he will need to come back to Alaska since he could not really see the glaciers on the day-long glacier cruise he paid for yesterday. His plan is taking him to Tok as I write this. He will loop through Canada and then down the East Coast. He has a crate waiting for him in Houston, Texas where he’ll ship the Motorcycle to Brazil and start on South America.  I wish him safety, good weather, and luck in his continuing travels. Farewell Angelo! 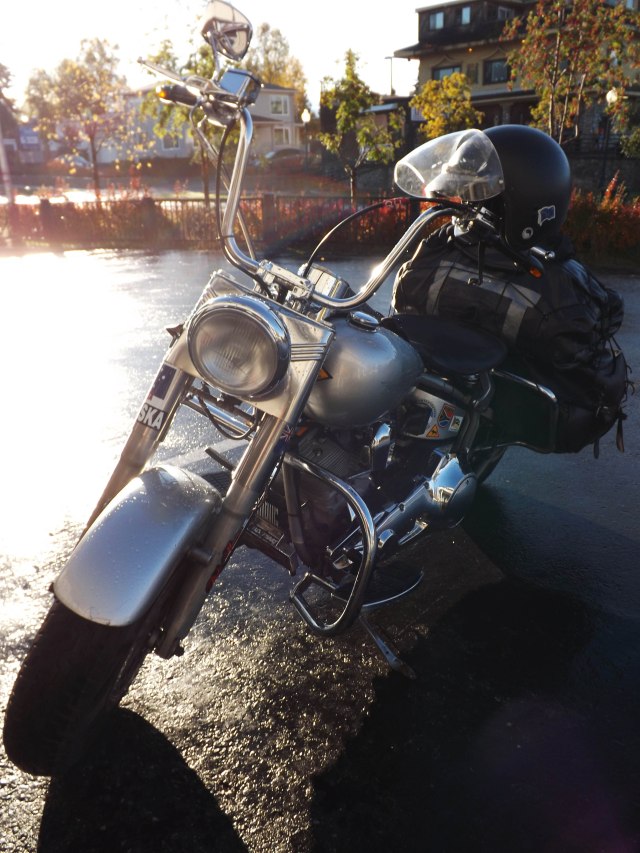 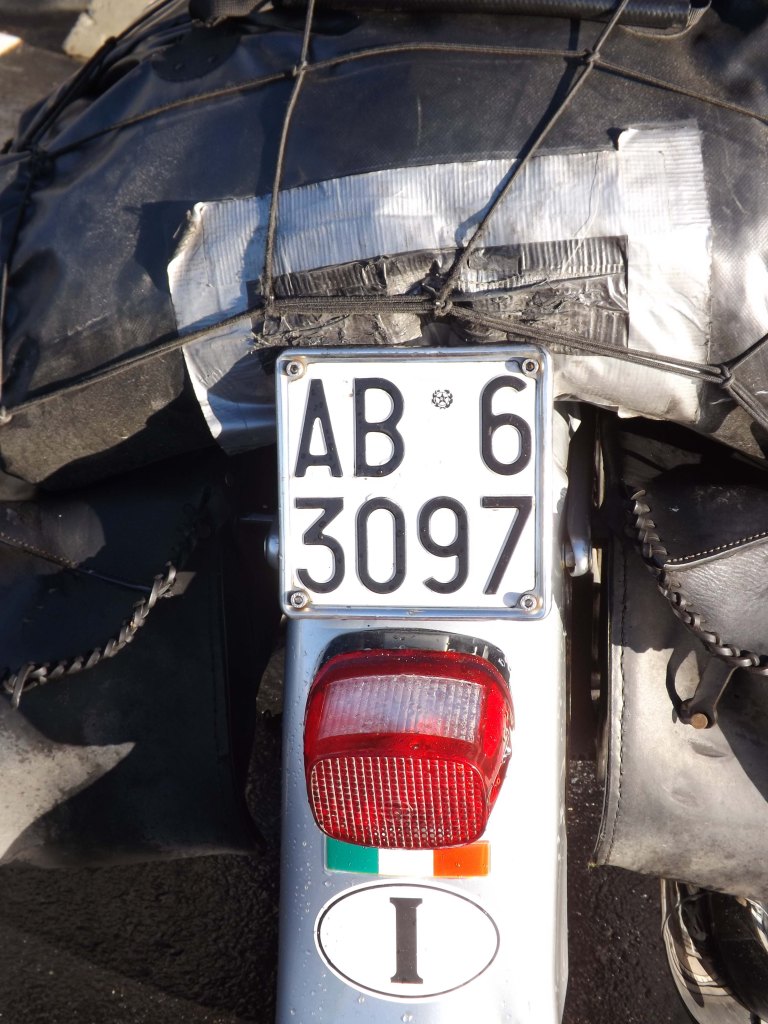