The unveiling of the Harley-Davidson Street 500

Well I have already found a first customer for the new Harley-Davidson Street 500. As I was leaving our meeting in Kansas City to fly to Seattle I met a flight attendant named Carol. She asked me about my Harley shirt and asked if there was something going on, since there were so many Harley shirts on the people getting on the plane. I told her I worked for Harley and that we had a big meeting here to see a new bike they had developed. As soon as I mentioned “entry level” her eyes lit up. She was so excited to see a Harley-Davidson that was 500cc and small enough to learn on. I showed her some pictures and she was hooked! She was already planning out loud when and where she was going to buy one while she was going through the motions of the safety demonstration. 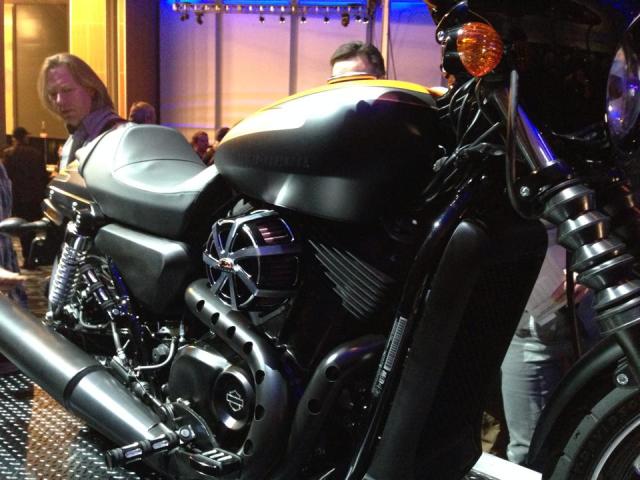 This is who we are building these bikes for! Built right here in Kansas City the new Harley-Davidson Street is sure to please. Inside this light weight motorcycle (480lbs) is a newly designed liquid cooled motor. For those of you familiar with our business, you may recall the Buell Blast. As you also may recall, we have been using the Buell Blast in our Rider’s Edge Program (the riders training program through HD). Well, Buells are no longer being made and our fleets around the country are getting pretty beat up! Harley has been working on this new bike since the day they decided to close down Buell. This bike is truly a Harley. It has a metal tank and fenders, which many of you may notice a lot of the entry level bikes out there are plastic. It looks pretty badass and is really easy to pick up off the kickstand. 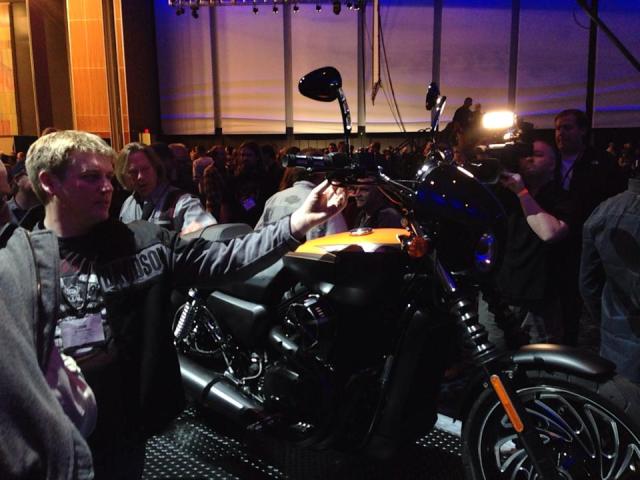 The new Street 500 is the new bike for the new HD rider training, now called Harley-Davidson Rider’s Academy. Which is a lot more self explanatory than “Rider’s Edge.” So, we get a great new entry level bike and a great upgrade to the already spectacular education program we were running. 95% of all of the U.S. Dealers were represented at this meeting and I didn’t hear a single negative comment. There were a few constructive criticisms, but it was clear that HD put a lot of time and thought behind this bike. I am excited to be able to offer our customers a bike that can be their first bike and then continue them on the journey with a Harley-Davidson! My favorite quote from this week was a dealer who was comparing Harley with all the other brands and asking why H-D didn’t toot their own horn about being American made. With the new launch of Indian Motorcycles (again!) and the Victory line up, HD has been around continuously the longest building American made motorcycles. He said something like this…”Indian has been running these commercials about people now having a ‘choice’ of American made motorcycles…We have always had a choice! Softail, Dyna, Touring, Sportsterts etc!” What a great point! This is exactly on the point. HD has never given up on designing cool new bikes and offering all of us a choice! And with the new Street we have another choice in our lineup!

My next stop is Seattle to hang out with my good friend Lorie M. from H-D Motor Company. I can’t wait to hear what she has to say, now that she isn’t sworn to silence! Then on my way to Tucson and Mexico!

3 Responses to The unveiling of the Harley-Davidson Street 500