Evansville, IN to Conway, AR

Today was a day that I humbly will admit I failed at. I woke up early this morning and planned my route. I thought that since I was in Indiana I would head west then south and I found some good roads, so I thought, to get me there. Before I get into my ride I want to talk a little about my time in Evansville. Bud’s HD was fabulous. I hung out all day at the dealership and mingled with the staff as well as worked from a computer Dawn set me up with. They did a check over of my bike to make sure I was rode ready, and when I went back to settle up, they said they only take “beer” as payment. So I grabbed Dawn’s jeep and picked them up a few beet options. They got my security system set up since it hadn’t be done originally, and had my bike washed and checked out completely. They are exactly what you expect from a home town dealership. It was funny how well I fit in. As I would walk through the showroom people would ask me questions like I worked there! I of course was happy to help and I even sold a pair of boots 🙂

When we rolled into Evansville to bike night there were already a lot of people who had been following us on Facebook, so I made some new friends and enjoyed my two days in Evansville. Last night we went to the hip part of town that is a newly renovated district with a lot of bars and restaurants. We had a good time dancing and enjoying the scene. 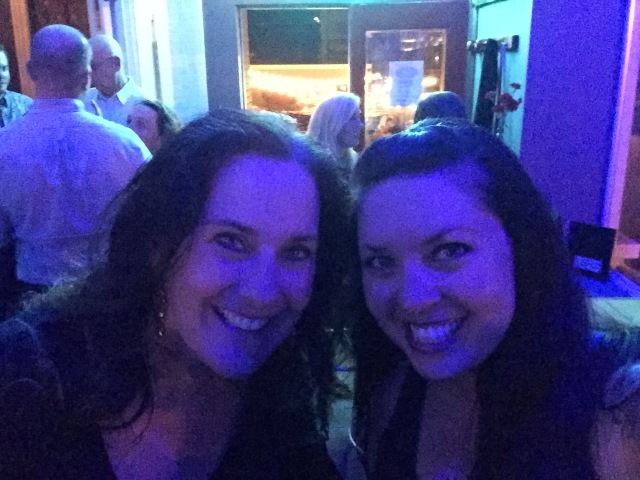 Last night with Dawn Morand, the other DM
Morning came early for me, but I resisted and slept in a bit. By the time we got to the dealership it was 9am and by the time I finished drinking my coffee and chatting with everyone it was almost 11. I got the bike loaded up and headed out with my GPS on, but a mental note of where I needed to go…or so I thought. I had talked with Dawn before I left and was supposed to get to 41 but my GPS took me on 62, which was more of a highway. But I gotta give my GPS props because if it wasn’t for my GPS I wouldn’t have found my first stop. 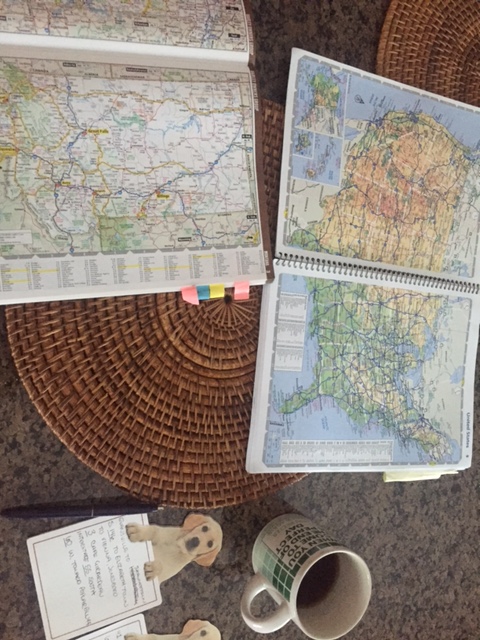 Route planning…apparently I didn’t do so hot this time

I was trying to get to Elizabethtown from Shawneentown, but the GPS took me to a dirt road that looked more like a private drive than 146 the road I was looking for. But I was intrigued by the signs for Old Shawneentown, so I headed further the wrong way to see what was there. I rode through the old town until I came to a turn and found 5 bikers sitting there. I pulled up and asked them how to get to 146 and one of they guys stepped up and gave me directions. I turned my bike around and realized that one of the signs I had seen on the way in was the historic landmark sign for the Bank in Shawneetown that was built around 1839. So I got a picture real quick and chatted with the bikers about my trip. Then I was off following the directions that they graciously gave me. 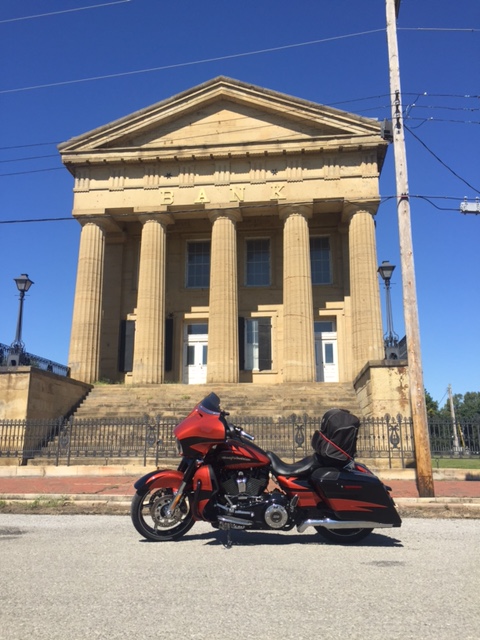 I made it through Illinois which was partially through the Shawnee National Forest and over the Mississippi River to Cape Girardeau, Missouri. This whole first part took way longer than I expected so I was already feeling the pressure to make it further west and south. I stopped at a gas station and trapped some granola bars and kept heading in the direction I had originally planned.

Let’s just say Missouri lived up to it’s name. I took 60 over to 160 which was highlighted yellow in the HOG book which means it is a good ride…however it took me over 300 miles to get to the scenic part and all I saw prior to the Mark Twain National Forest was a bunch of dead armadillos and foxes. It was a long hot ride until I got to the forest, then there was some nice twisties which made it a little better. Unfortunately as I was “hangry” and couldn’t find a place to grab some food besides granola bars. 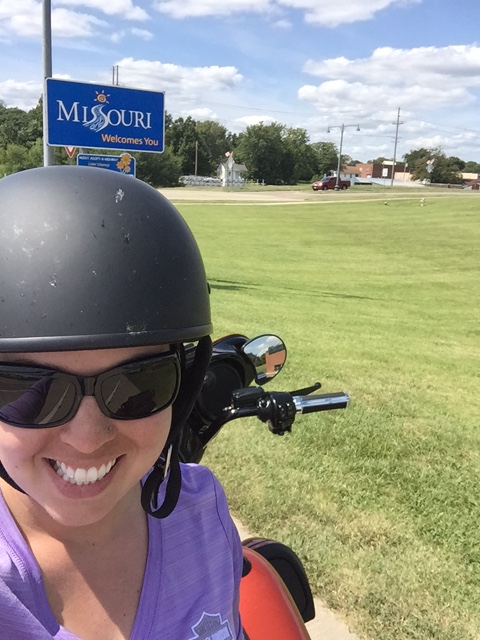 I learned some good lessons today in my whole “wing it strategy.” Originally when I was making my plans for this ride I thought that I would go through the Arkansas on 9 to Clinton. I looked up hotels online and saw there was a Best Western there. So, as the day grew long and I was close to 500 miles I was anxious to get to Clinton. I was riding through the Ozark National Forest to the west of the Buffalo River. It was very pretty and had some great curves which made up a little more for the first half of the day. As I was riding through all the hills and twists and turns a I saw a Best Western in Mountain View, but was headed to Clinton so I kept on going.

I felt a little like I was starting to race the sunset. I still hadn’t eaten anything beside a couple granola bars so I was so very ready to get settled for the night. I kept on pushing to Clinton, and when I arrived just as the sun was setting I was stoked to see the Best Western sign. I followed the directions and realized it lead me to a driveway with a locked gate. I drove further down the road till I found a drive I could stop in. I looked up the Best Western again, which showed up in my search, and called the number. Surprise…it’s closed! So I check on the GPS for what other hotels are in town I literally drove around for 20 minutes realizing the GPS and the actual hotels were not accurate. So I stopped at the only one that was correct which was Super 8. 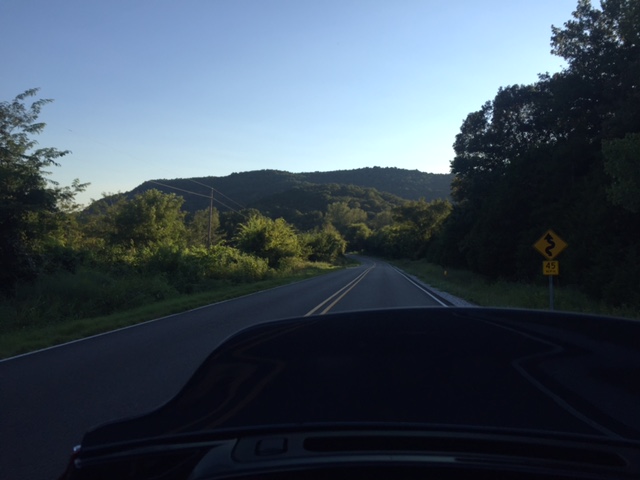 On my way to the hotel I noticed a restaurant that I thought might be my dinner location for the evening. The sign outside said “Welcome Chuck Wagon Racers.” I assumed this was some TV sport people watched. When I went into the Super 8 I asked for a room, she look a little surprise as was I when she said she was completely booked! I will admit at this point I was tired, hungry and had a pit in my stomach fear about what I was going to do next! She said south of Clinton there was Conway which had some hotels that probably were not booked like she was from the races…I of course had to know what Chuck Wagon Races are….apparently it is pretty legit and people take it very seriously. 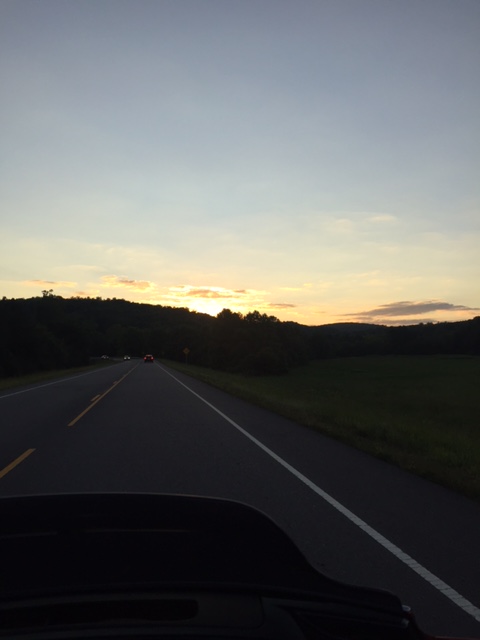 Almost to Clinton and losing my sun 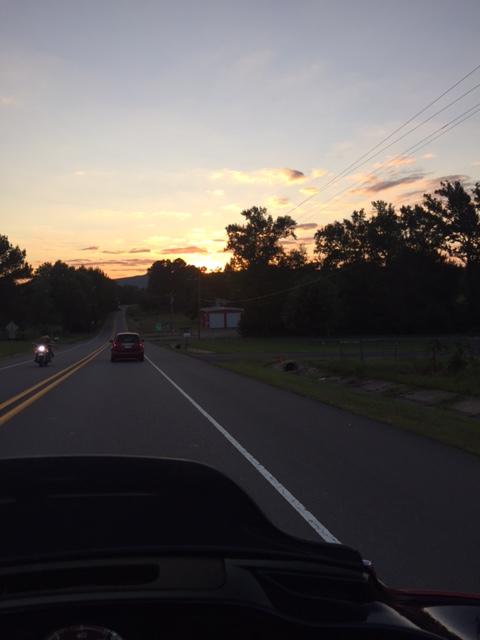 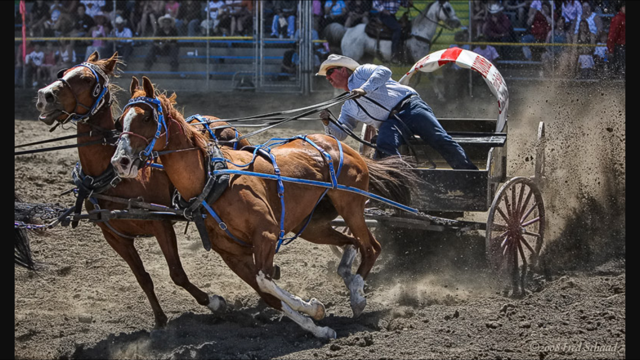 Chuck wagon races are a real thing, I stole this off the internet

At this point it is dark and I am now tired, hungry, pissed and scared of hitting a dear in the dark roads. So I head out on the dark rural road that is thankfully 4 lanes, without any streetlights.

Thankfully I didn’t see or hit any animals. The 30 minutes seemed like an eternity. As I saw the lights of Conway I was relieved. I pulled up to the Quality Inn and went to check in. I asked the clerk if there was anywhere I could get some late dinner, he mentioned a couple spots but also mentioned the new fish place in town. So, after I dropped my stuff I ran up the road to the Shucked Surf and Turf. I was so relieved to find some food I could eat and some great staff that were willing to hang out and chat with me. After 540 miles alone with just myself and the road you kinda want to talk to someone!

So, for the rest of my trip I will be calling ahead as I head in and will find out if the hotel is still open and/or if there is room! I will also be making time to eat some food along the way! Tomorrow I am going to find something cool to check out in Arkansas then to Tyler Texas to meet my friend Chelsey!

1 Response to Evansville, IN to Conway, AR