We arrived in Tucson last night and Barry picked us up from the airport. The landing was a little rough, with some pretty strong winds. I made the mistake of continuing to read my book during the approach, and boy was I nauseous. We missed my bag coming down the baggage claim, and were almost the last people to grab our bag…I was too ill to focus. By the time Barry got there to pick us up, I was feeling better and we headed to Jerry’s house to pick up our bikes. We were blessed with a bike for Jon to ride. Our friends Mark and Jan (whom I met on the trip to Mexico) let us borrow their Dyna switchback for Jon to ride. When we arrived to Jerry’s house the bikes were all gassed up and ready to go, thanks to Barry and Jerry! We headed to the hotel with my dad and checked in. He met us back at the hotel bar/restaurant for dinner.

Today we slept in and tried to get on AZ time. Eventually when things warmed up, Barry and Jerry met us at the hotel to head to Arivaca a small town near the Mexico boarder. The ride there as nice and curvey and the wind wasn’t as bad as the day before, but it was a cool wind and 70* temps. We stayed off of the freeway for most of the trip, and were able to take more exciting roads. Apparently Arivaca is a small town that has some interesting inhabitants…. From what Jerry said, there were a lot of wealthy folks who settled down there from all over, but a lot from the west coast. The first stop was at a local coffee roasting place, unfortunately they are only open a couple days a week, so they were closed today. So, of course the next stop was a …BAR! We stopped in at the local Cantina, which literally filled up after we got there. It was interesting to see so many folks drinking in the middle of the day in the middle of the week! From what I hear some of the folks have some special “gardens” they grow in the area, all hearsay but fun to picture all the folks enjoying a drink between cropping their “grow”. 🙂 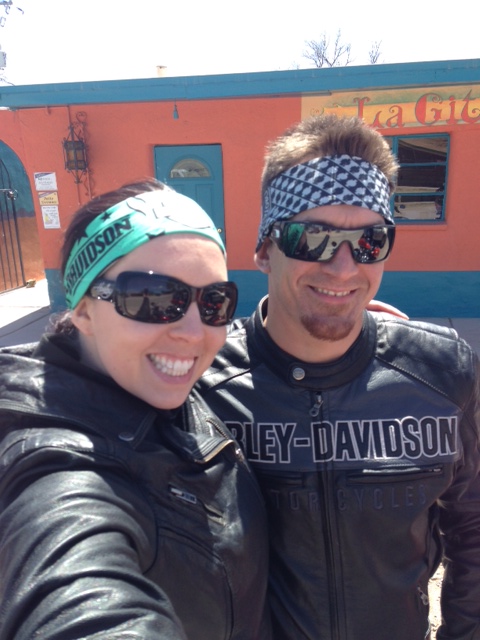 After hanging out at the cantina for a little while, long enough for me to et some sun burn! We headed back toward home, with a detour back south on the freeway to Tubac. This is a cool little artsy place where Mark and Jan have a Postal Plus business. We stopped in a small bistro so Jon and I could grab some food and Barry and Jerry could get some liquid sustenance. We checked out some of the art galleries then headed over to visit Mark and Jan. 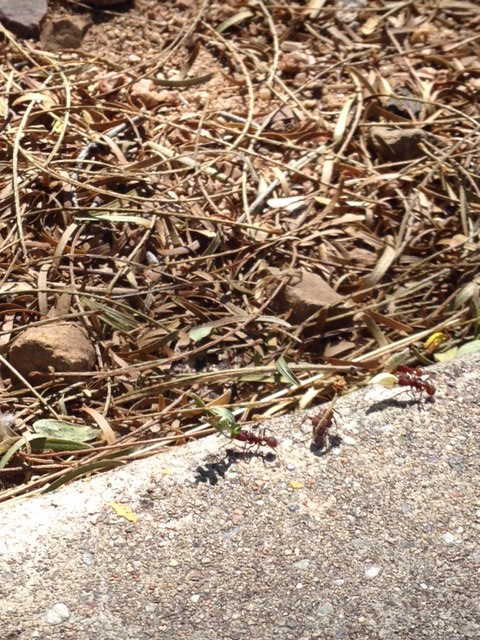 Later on in the evening, after we all got in our afternoon naps, we met up a Mac’s Pub. It is an English Pub with lots of “Meat Pies” and some Macaroni and Cheese for Barry. After dinner, Barry, Jon and I watched the last half of the NCAA game with AZ versus SDSU. It was a good fame and a fun way to finish the night…not to mention the two times Barry had to turn around to find the hotel! I turned and he kept going. Luckily he found it in time to get 3 good seats in front of the tv at the bar.

Tomorrow morning we will be heading to Phoenix for the beginning of AZ Bike Week. 9 am at the McDonalds, better get to bed!