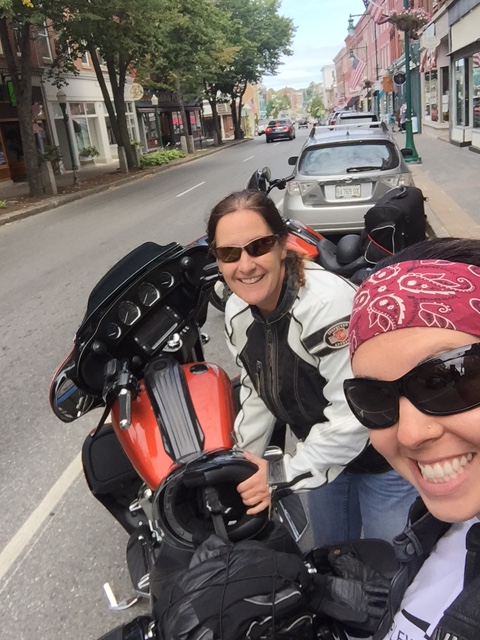 You know the saying “your eyes are bigger than your stomach”? Well this was more like our eyes were bigger than our endurance. We decided to skip the finally dinner and shin dig in Boston with HD so we wouldn’t have to ride into Boston then ride out the next morning. It is not fun riding in Boston! So we opted to ride up the coast of Maine from Portland on Highway 1 to Rockland. We thought we would have a little more scenery of the ocean but as it turns out we mostly rode through forest. It was still pretty, but when we got to Rockland we decided to find good food and some coffee.

We parked the bikes and walked past this adorable store full or nautical themed items, which I immediately went into to look for a gift for my bestie Christy. I found a couple items, but decided we could eat first and I would grab something on the way back. We ended up at this adorable little restaurant called the “Broken Egg.” As soon as I looked inside I knew it would be right up my ally. We ordered our food and were planning our route for the day. Since we hadn’t seen much ocean scenery since we left Portland we were discussing riding up the coast further to see some lighthouses and coastal towns. The kid in the high chair next to me kept dropping his marble on the floor so I would have to pick it up…as if it was a game…clearly he didn’t know me. I put it on the table till he started whining loudly then I finally gave it back 😉

As we were looking at the time frame, heading further north was going to put us pretty far behind our plans (not that we are on a set schedule) so I decided to see if there were any lighthouses close by. To my delight there was a cute lighthouse at Owl’s Head just 15 minutes south of us. So we decided we would ride there then follow our original plan to head west. As we were finishing up our meal someone opened a champagne bottle. It was almost in unison that Dawn and I perked up and said Mimosas! We flagged our waitress and justified it as a Sunday brunch tradition!

Is that the sound of mimosas?!

After our amazing meal (I had a Lobster Frittata minus the cheese and hollandaise sauce) we hit the road to the lighthouse. As we approached the Owl’s Head park, it was a dirt road. I was pretty confident that the lighthouse was through there and I am not one to be scared off by dirt roads, but Dawn hates them. I decided I was just gonna go and if she decided not to follow she could walk in. She followed and the giant dirt parking lot awaited our parking. I made the widest turn I could so we could park facing the exit and we got the bikes situated. We walked to the lighthouse, took some photos and walked back. The scenery was beautiful. 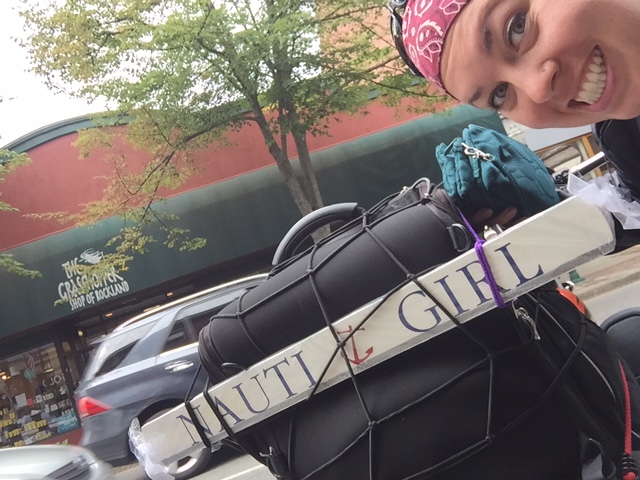 As we got our gear back on and were getting on the bikes, I had to use a little extra effort to stand mine upright. I looked back at Dawn and she wasn’t able to get the bike up,the sand was a little too soft and the bike sunk too much. I rode mine forward thinking I was getting it on more solid ground, jumped off and helped push her upright. Then I jokingly said “mine better not get stuck!” I jumped back on and well shit I was stuck. I literally threw all my weight to the high side, but I am just not tall enough. After 3 attempts and no one nearby to help I told Dawn to ride up next to me and push my bike as I lift. Well after some maneuvering we got it up and rode out of there. I literally laughed for the next 20 minutes at our dilemma. #girlproblems

Now we were fed and ready to get a move on! We needed gas but I decided we would get out of town a ways before we stopped again since all our galavanting had taken 4 hours to only get about 100 miles. We rode through Augusta and Livermore Falls on 17 until we met up with 2 west. The scenery was amazing, lots of cool old towns and hills and forests. We followed several rivers and rode by a lot of beautiful lakes. When we passed into New Hampshire we rode on 2 through the top portion of the White Mountains which we rode through yesterday. So it was a new road with new views and it was awesome! We were able to ride around Mt. Washington, although we still didn’t have time for the auto road up the mountain. We crossed into Vermont and rode on 2 further west. As the day was getting longer I asked Dawn if she thought we should try to reach the boarder. We agreed it would be late and there wasn’t much on the boarder with New York. So, we opted for a Best Western in Waterbury.

Nice views around the lighthouse 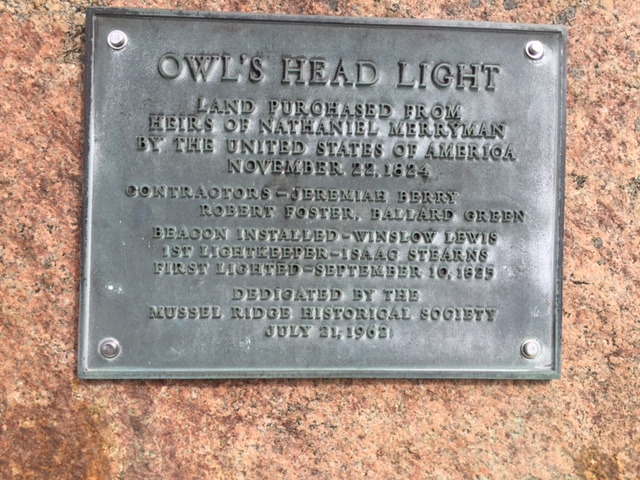 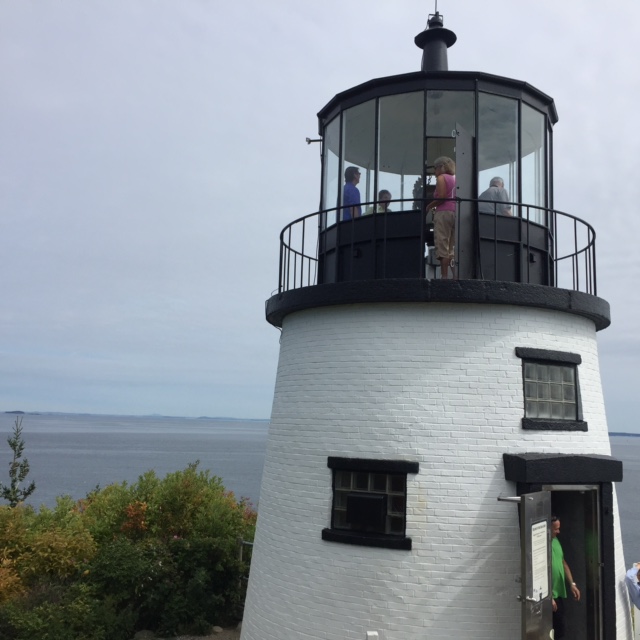 The hill leading up to the hotel is intense to say the least, but we were able to get a room. The front desk clerk informed us there was no bar or restaurant on site that was open, but her favorite the “Prohibition Pig” is just down the road about a mile. So we parked the bikes outside our first floor window and got our gear inside. We decided since we had a bit of a walk we would head there right away. As we ran across the highway with no cross walk, under the overpass of the freeway with not lights and through some neighborhoods to Main St. We discussed our options getting back…

The food was great, we managed to snag a couple seats at the bar rather than endure the 30 minute wait. We asked the bar tender if there was a taxi or uber in town…pretty much a no. It isn’t a large town although all the bars and restaurants were full, there are several towns near by and several colleges. So we walked back…all up hill. I whined half the way just to give Dawn a hard time, because I was convinced we should have rode there or asked someone to give us a ride up the hill. We got our cardio in and made it back to the room. Now time to shower, plan our route for tomorrow and hit the hay! We are hoping to make it through the Adirondack’s and close to the western side of New York.