Today was probably the most interesting of our trip so far. We decided to get our bikes loaded up early so we could run up and see Niagra Falls before our 9am appointment at American Harley-Davidson. We stayed at a Holiday Inn last night, and they let us park the bikes under the overhang by the front door. As we were about to leave, I was sitting on my bike about to input the GPS location and all of a sudden over the top of my windshield crawled a freakish looking spider. I normally don’t freak out too much but this this was a weird light gray color and started descending in front of my screen. So I did what any rational, tough biker chick would do…I screamed…jumped off my bike and jumped up and down squealing. Dawn came to my rescue and flung it off with her gloved had. My excuse…I wasn’t wearing gloves.

Nothing like a little spider action to get you going…so off we headed to Niagra Falls. When we got there we found some street parking around the block rather than paying $10 to park in the “official” parking lot. The falls are amazing, and really beautiful. There was a big rainbow overhead from all the mist. You can see the mist from miles away as you drive toward it. I might be a little crazy, but Dawn and I found a group of gray squirrels doing acrobatics off a little tree and tackling each other far more entertaining than water falling over a cliff! We stood and watched them for awhile just cracking up, Dawn got a video of them and we had a good laugh at dinner as well. 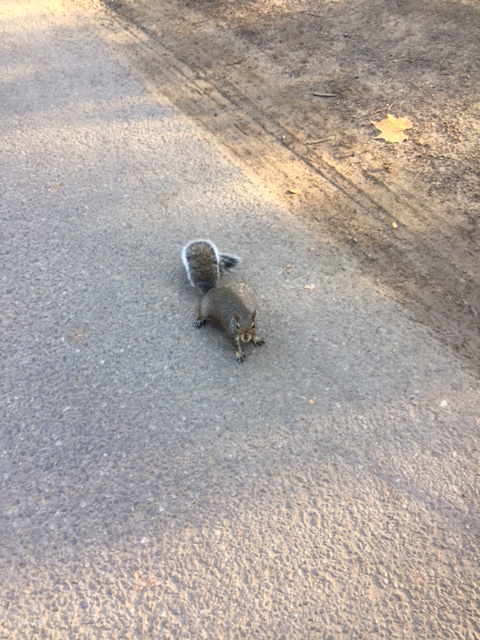 Say hello to my little friend!!

So from there we headed to the dealership, which was smaller than we expected and we were early so we had to wait around for about 15 minutes until the Service Department opened. After they checked us in, we asked if there was any food nearby and one of the guys said that there was a “Tim Hortons about a 1/4 mile up the street.” So we headed out, by now the sun was up and it was hot and muggy! After about a quarter mile and no restaurant in sight we asked a lady and she informed us that it was at the next intersection, which was actually almost a mile from the dealership. When we arrived we discovered it was a fast food/donut shop. If you know me, you know I can’t and won’t eat that kind of food, so black coffee for me and a snack for Dawn. I had some snacks back in the bike. One of the service advisors used to work up in Fairbanks at the dealership up there, so we knew a lot of the same people. I sent a text to the owners up there with a photo of myself and Nick. Small world indeed!

We headed out on the 219 which was a beautiful road and it took us through some great twists and forests. We rode on the outskirts of the Allegheny National Forest. I was using the GPS and realized I had some avoidances wrong so I changed it to fastest route around DuBois, PA. We had originally planned to take 219 the entire way, but instead I took us on quite an adventure of random roads. Some by accident and some from listening to the GPS which kept coming up with fun short cuts. I honestly can’t even tell you what roads we took but I know we did a lot of zig zagging between south, east and west. We had a low fuel scare, a low food scare and a late night dark twisty farm roads scare. I even managed to find the only restaurant when we were starving that had a GIANT gravel parking lot! Poor Dawn, she hates gravel. It was also so hot, I could feel my face getting more burnt as we rode so when we stopped I used my spare bandanna as a face mask so I would prevent further raccoon face. 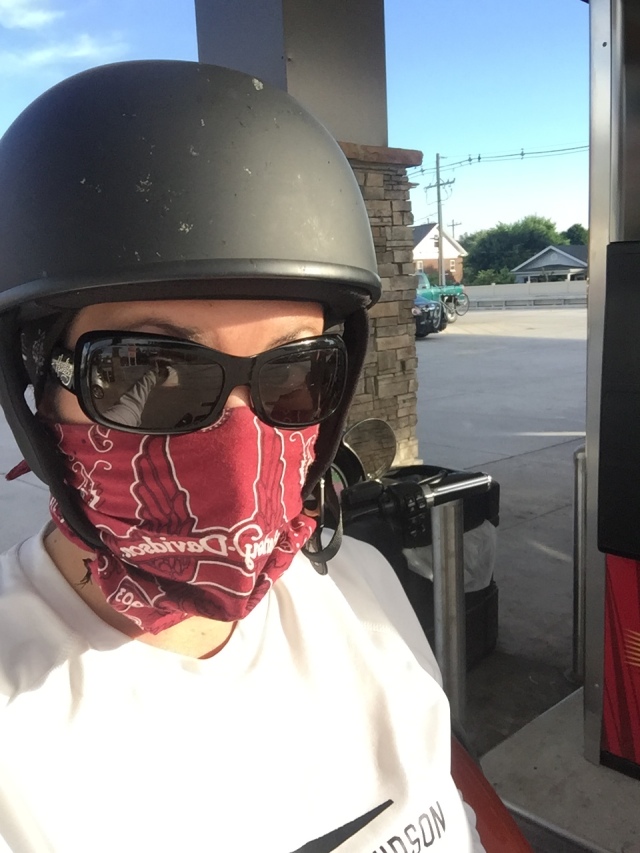 Earlier in the day we had decided we could make it to Granstville, MD and we found a cute little motel that had originally been a B&B. During our scenic route to get to Maryland, we had about 45 miles left to go and we ended up on 219 again which was now a expressway with multiple lanes. Then I saw the sign for the Flight 93 Memorial. As soon as Dawn saw the sign and she saw my blinker she nodded yes and we headed toward the memorial. All Americans have memories from that day, and I think most of us think of the Twin Towers since that was the largest loss of life. The memorial that is built in the middle of this rural farm area with rolling hills is sobering and awesome to say the least. It is hard to explain, but it is very interpretive and they have a number you can call to received information as you walk through the site. The path of the accident is now the walkway, it is all very humbling. As we rode out of there you can’t help but be in a reflective mood and we had a beautiful sunset highlighting the sky and just enough clouds to capture the light. We rode through rolling hills and it was simply breathtaking. 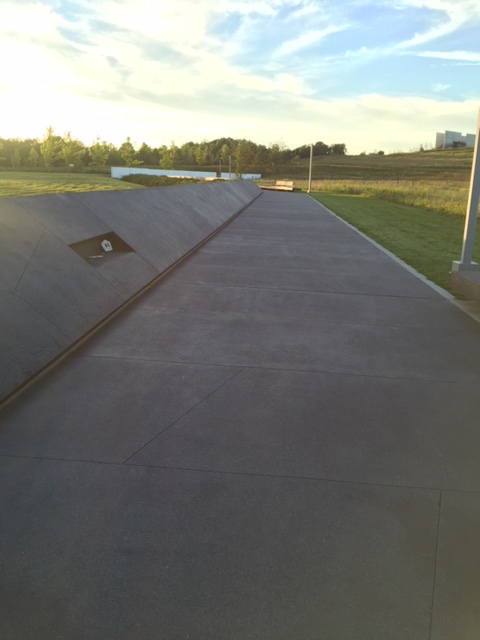 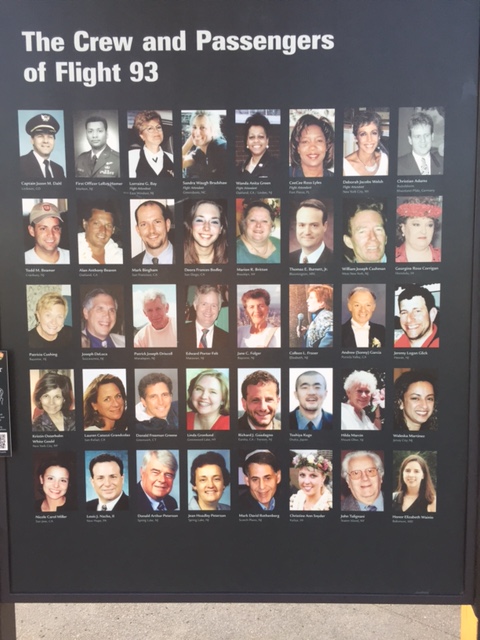 My poor directional sense and a whacky GPS had us on some really small and curvy roads which were fun earlier in the daylight but as it started getting dusk it is a little scary with the potential for deer etc. It really got fun when we were on the small farm roads, with not lanes, and it would go into a wooded hollow and it would be basically pitch black! Let’s just say I prayed a lot that God would keep the critters off the road! We made it to the freeway for the last 5 miles and then got to our destination. It was 8:45pm when we checked in, and of course they were closed for food. The nice gal at the desk said there was an IHOP about a mile up the road…what is with these people and directions!!?? We drove about 4 miles, including driving through the main intersection which we discovered was where we needed to make a right and drive another 1/4 mile to find the IHOP. We order our food, and after about 15 minutes the waitress comes back to tell me they messed up my order so they were remaking it. About another 20 minutes later it finally came out…let’s just say their “omelet” looked more like a poorly done hash. But at 10pm beggars can’t be choosers. I felt bad for her because the kitchen messed up a few times, so I gave her a generous tip, it wasn’t her fault.

We finally made it back to the motel and decompressed for a minutes. Now we are off to bed so we can start our next adventure through the Virginia’s!