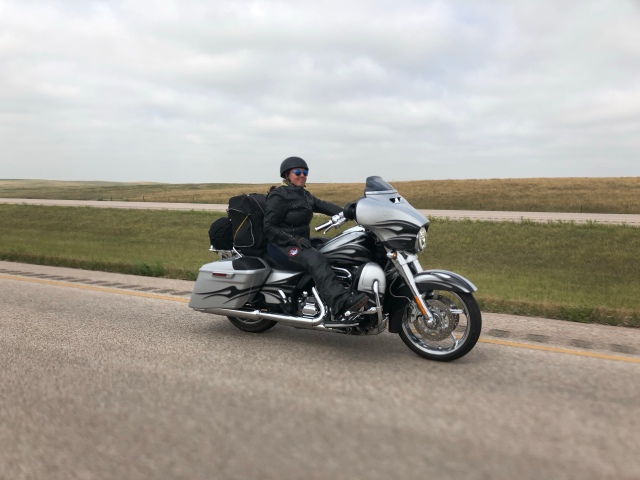 Going into today, I was prepared for the long boring ride on the freeway from Spearfish to Sioux Falls. I got up at 7 and jumped in the shower. Barry was already gone when we left but most of the group was still there. Barry was headed to Black Hills Harley-Davidson to get his bike checked since it had a check engine light. Sarah and I thought we would catch him there so we rode directly there. When we rolled up I went to the service entrance since I thought Barry would still be there. We had just missed him and he wasn’t gonna wait around for us! He wanted to get to Sioux Falls so he could get his 5,000 mile service done at J&L Harley-Davidson. Several more of our group showed up at Black Hills and checked out the store. One of the sales guys had been up to Alaska and had been in my shop, so he and I bullshitted for a bit.

Jim, one of the owners was there eating breakfast at the table by the coffee area. When I was 17 and Barry and I were driving to South Carolina for my first year in college we stopped and stayed at Jim’s house. He wasn’t there at the time, because it was the middle of the Sturgis Rally so he was at the Buffalo Chip. So, the one and only time I was at Sturgis for the rally I was 17 and we just drove through. 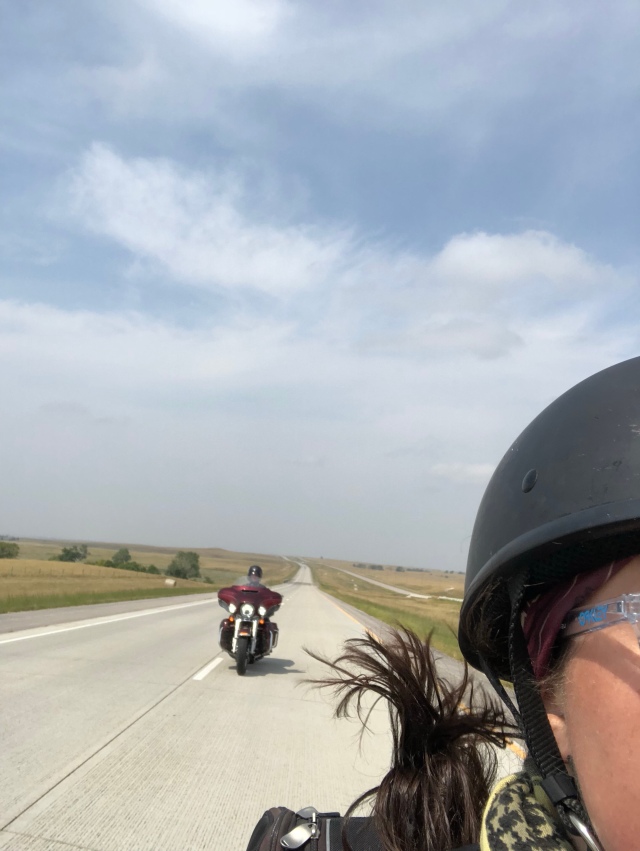 Sarah and I got back on the bikes, got some gas and hit the road. I knew that Sarah would have no interest in going to Wall Drug because she hates tourist stuff. As we were getting close to the exit she rode up next to me and pointed at the sign then I thought she shrugged and then gave a “cut throat” signal. I had no freaking clue how to interpret her wild gestures so I took the exit. We finally found a parking spot and she said, “I really didn’t want to come here” I was like “me either! Shit” so we had a good laugh and decided we needed to be better about our communication on the bikes. Since we were already there and already parked we decided to grab some food since a lot of this trip we have neglected eating enough and have been hangry by they end of the day. We ran into a bunch of our group here as well but we hit the road as soon as we finished eating. 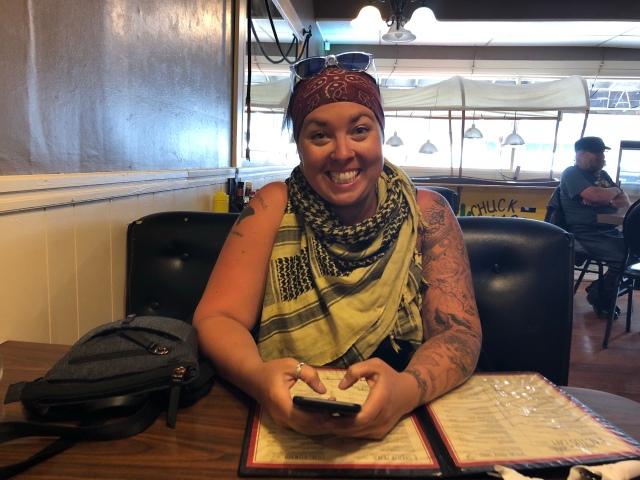 From this point on we pretty much just rode and rode and rode. Sarah figured out how to light a cigarette on her exhaust pipe while riding 80 miles an hour…this is where I roll my eyes and face palm. We were almost to Sioux Falls but I knew Sarah had to be super low on fuel so I stopped at the next one that came up. It was a small town that basically doesn’t exist on my map and I can’t remember the name. Anyhow, as I filled up our bikes Sarah ran in and asked if there was a Thrift Store in town. 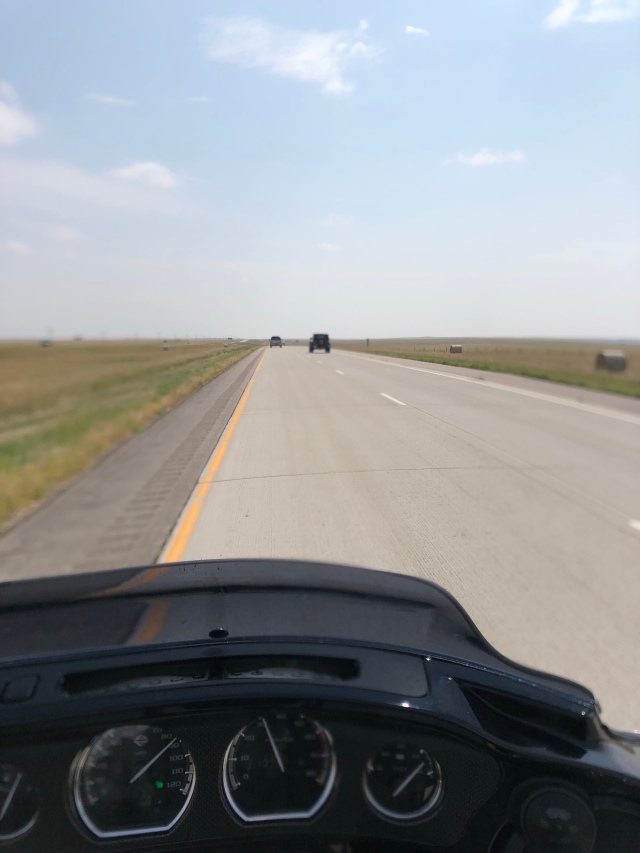 There was, so we went down main street and found the shop, but it was closed today. We turned around and headed to the dealership to catch up with Barry. They had already completed his service and he was loading it back up with his gear when we got there. We wandered through the dealership and then headed to the hotel. While we were in our room looking for a place to get dinner, I got a text from Fred Becker V (He is the General Manager of my store in Wasilla and rode his custom bagger from San Diego). He sent me some photos of him with our bikes! He made it! 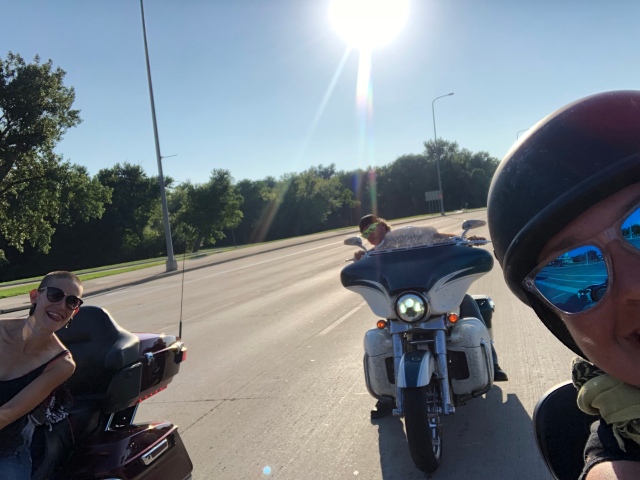 He got checked into the hotel and joined Sarah and I on our adventure to a local brewery. Barry ended up joining us there so we had some food and drinks and caught up on Fred’s trip here.

We decided to head back to the hotel so I could finish this blog and we could get some drinks and not be on the bikes. We also are waiting for our friend Shynne that used to work at my dealerships. He was about 2 hours away so he is meeting us here to hang out for a bit. A few from our group are all here in the bar, so I am going to put my laptop away and be social.

(Everyone has stories to tell every night ☺️)