Today I had lunch in Moscow and dinner in Ontario. I am such a world traveler…well it was Moscow, ID and Ontario, OR but still exciting none the less. Barry and I flew from Anchorage to Spokane on Sunday, arriving around 11pm. We got settled in at the hotel and tried to get some sleep for the first day of riding.

Lonewolf HD took great care of my bike, they have had it stored for me since my ride last Spring from Tucson to Spokane. Barry got his new Road Glide Special at House of Harley-Davidson and had it tricked out with a stage 4. He managed in all his “retirement time” to put about 600 miles on it to break it in before he had it shipped south. The bikes were ready to go, but we didn’t do a very good job with arranging for a pick up while they were closed. Thankfully, all the Ernst family are super gracious so after a few texts and phone calls from me to the son’s, Chris and Bill Ernst, their dad Greg showed up to let us in to get our bikes. I am so thankful we were able to get our bikes out even though they were closed! Greg even let my dad get some gas and a couple of bungee cords. They are genuinely good people and I am so glad I got to meet them through out HD dealer group…aka 20 club.

Waiting to get the bikes out of Lone Wolf HD

Thanks Greg, Beth, Bill and Chris for taking care of our bikes!

From Lone Wolf HD we headed toward Lewiston, ID. This was all a bit of deja vu from my last trip since it was the same route I had taken on the way up. There were a lot of differences however, like fields that were once green and full of crops, tan and cleared as well as trees turning yellow, orange and red from fall. We are really lucky, even though it is fall, it is still pretty warm with temperatures from 60 to 70 during the day and some great riding.

With out late start and not having much options for dinner (actually no options) and breakfast (gross hotel food) I was starving by noon. We stopped in Moscow, ID to grab some food. I found an area that looked like Main Street. It was a college town and although I saw a restaurant right up my alley (fresh veggies and good ingredients) Barry opted for the Casa del (Something) Mexican restaurant. The chips and salsa was ok…but the fajita salad I received was terrifying. It was enormous and not very yummy. I ate a few bites and already felt my stomach disagreeing so I stopped. 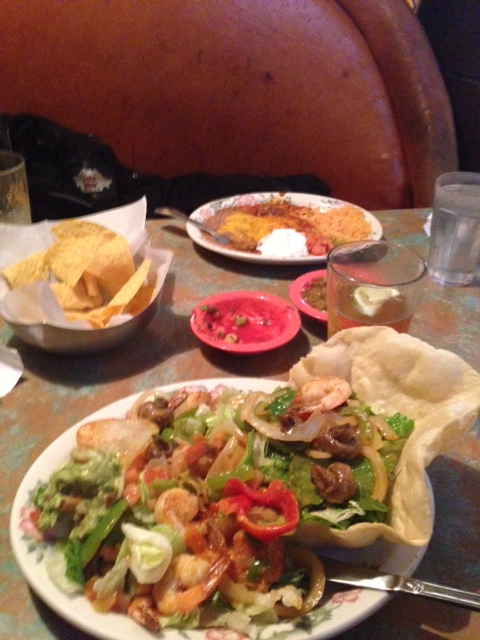 The scenery was diverse and it still surprises me how there can be pine trees and woods one minute them miles and miles of fields with rolling hills. The air changes temperature with the changing elevations and with water etc. From just outside of Spokane we got on 95 and headed south. This is the same route I took until we got to the split with 55 where I had come from Utah. We continued on 95 this time which took us into Oregon. We stopped at a little gas station tonight at about 4:30pm. I was feeling pretty tired and was hopeful Barry would let me convince him to change routes to 55 and stay in McCall. It was a super cute town and only about 10 miles from the intersection with 95 and 55. I had to go inside and get some coffee to wake up, and when I came out we selected a hotel that was supposed to be 73 miles…more like 93 miles or more! Oh well, we made it and had a “special” dinner at Denny’s. Another road meal I could live without! At least they had those mini bottles of wine… 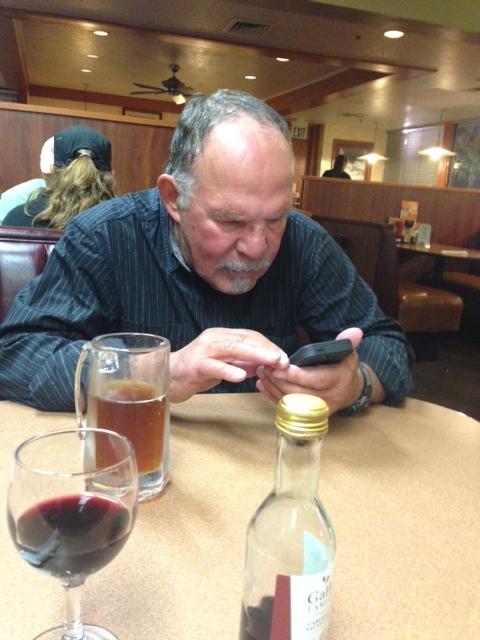 Barry trying to figure out his iPhone 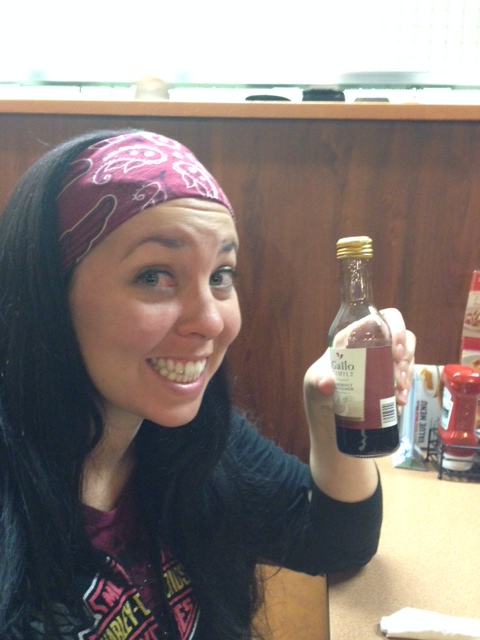 Well tomorrow we are heading into Nevada and this will all be different scenery and a long trip so I will have to make sure I wake Barry up extra early so we can hit the road!

Safe for the night…I hear there might be rain tomorrow