Wow, what an adventure this has been! Dawn and I got up early this morning with a goal to be on the road by 8:00am and we did exactly that! We are traveling my favorite method and figuring it out as we go! This morning we headed down 100 in VT which was a little of the same path we took when we were going to Stowe. We rode through the Green Mountain National Forest (which I believe is where Green Mountain Coffee brand is from) to Middlebury and then across an amazing bridge into New York!

The bridge to NY 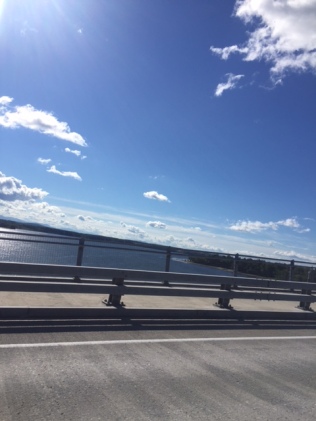 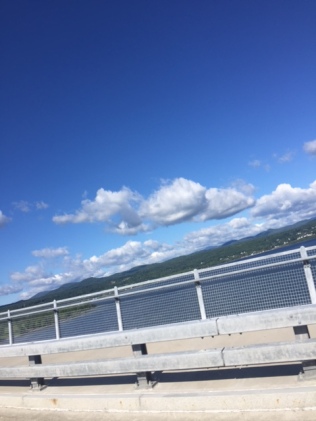 I have flown through New York one time, but have never really been here. It is still surprising how rural upstate New York is! We rode a beautiful road through the Adirondacks, with mountains, lakes and rivers all around us. Truly a place you could spend weeks in! There were several large lakes with a lot of activity and room for boating etc. We rode by Lake Placid, no giant Alligator sightings… 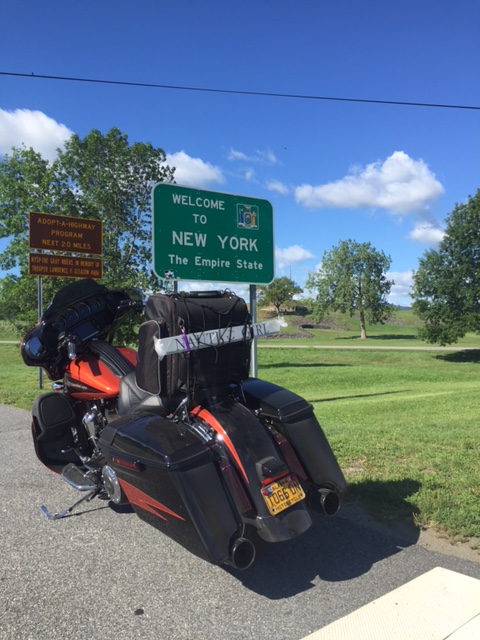 First time I have been here!

After the first few days of riding around New England on all the back roads I realize how it can take so long to only go a 100 miles! You go through the downtown of so many towns we barley ever got above 50mph. As we got further south west the road became more like a highway with a divider and two lanes going both directions. As I rounded a corner I was shocked to see a buggy being pulled by horses! Then I realized they were Amish, but I was still surprised to see them on such a busy road! Also to note on the way I saw a “Matteson’s Market”! Spelled the same as our name! Pretty cool! After riding through the Adirondacks today, we decided we would get some distance and ride all the way to Buffalo via a freeway. 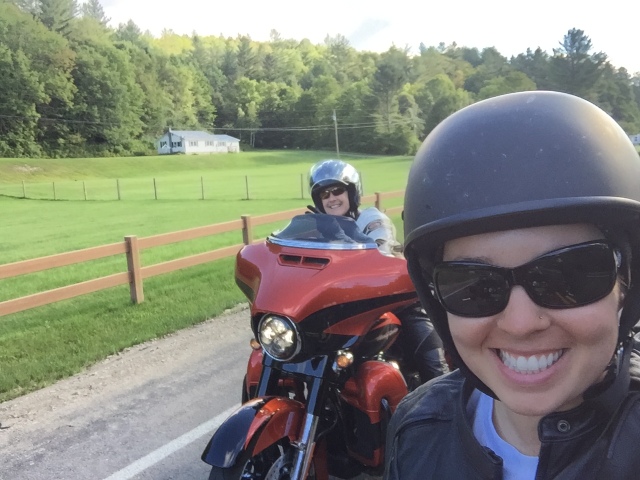 Stopped in some construction

While we were stopped for lunch at Old Forge, still in the scenic mountains, we mapped out our route to see where we would end up tonight. We are a little over the 1,000 mile mark so we needed to find a dealership that could get us in for service and hopefully be close to Niagra falls.  We found a dealer called American Harley-Davidson and a Holiday Inn close to each other so I called the dealer and asked if he could squeeze us in for a service first thing. They were accommodating and said we could drop the bikes off at 9am. The hotel had a room available with 2 beds so we booked that too.

One of the many beautiful lakes we rode around

Getting onto the freeway was a bit of an experience, it was a toll rode, so when we got on we got to the booth but instead of paying money he gave us cards and they were punched for where we got on and we would pay the fee depending on where we got off. (Excuse my negligence, I am from Alaska!) So from peaceful 30 to 50 mph cruises to white knuckle high speed riding with semi-trucks all over the place!

We did just fine, stopped about 20 miles in at a gas stop that is built off the freeway so you don’t have to exit into a town etc. We then rode the remaining 180 miles non stop. It was pretty boring as far as scenery goes, but we made it across the state. When we arrived at the hotel, there were very few cars in the lot. We pulled up under the overhang and parked our bikes. While we checked in we saw that the local bar/restaurant had happy hour till 7…as you would have it, it was only 6:45! So we got some wine and chatted with the bar tender and another traveler then we unloaded the bikes and got showered. The hotel was nice enough  to allow us to keep them under the overhang by the front door. We also had a very interested customer who wanted to know all about the new motors while we were unloading the bikes. See…I am working on this trip 😛

A late dinner in the bar was slightly disappointing as there were not many options but we chatted with a fellow patron. During dinner Dawn jumped up to put our load of laundry in the dryer and found a nice gentleman had already moved them into the dryer for us…my immediate response was “I should have counted how many underwear were in there.” I am sure he was just a nice guy that wanted to use the wash machine and he did put enough money in to start our dryer so I guess I can’t complain! We are getting up early to get the bikes serviced and see the falls. 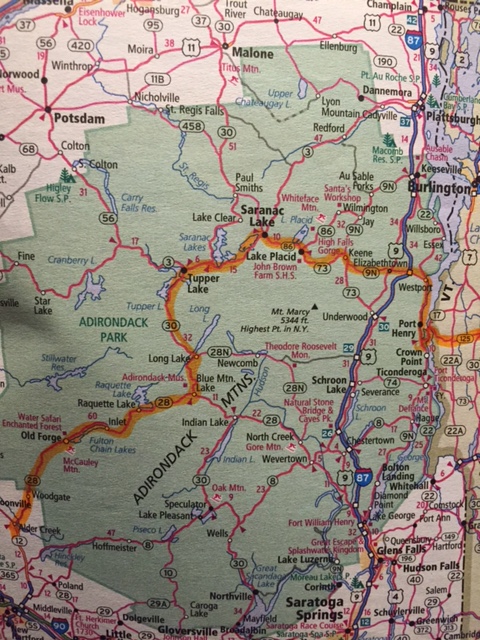 The route through the Adirondacks we took